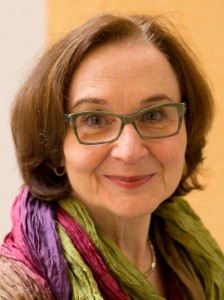 “I’ve always been interested in taking a look behind the scenes in other countries. It is actually the insight into the lives of the individuals that captivates me, even more so than the more obvious beauty of the land itself.

With Georgia it’s the first time that a region in the former Soviet Union has piqued my curiosity. The South Caucasus, with its colorful past as a multiethnic state, was too fascinating to resist.”

Lisa Fuhr completed a degree in English studies and worked for the Goethe Institute for twelve years; her most recent position was Culture Coordinator in Mexico City specializing in film. Freelancing then followed in the culture and language sectors, including translations for film and television as well as various photo projects in southern Italy and Mexico among others. In 2005 Mein Laden – mein Leben (My shop – my life) was published by München-Verlag: portraits of 21 Munich shopkeepers, accompanied by a photo exhibit in Gasteig cultural center in Munich. Three years of research and travelling to Georgia now culminate in Tiflis – Life in a New Era.